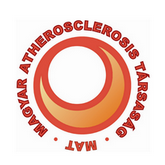 He was born in Hungary in 1953. He gained his MD degree in 1978 at the University of Debrecen.

He obtained his specialization: