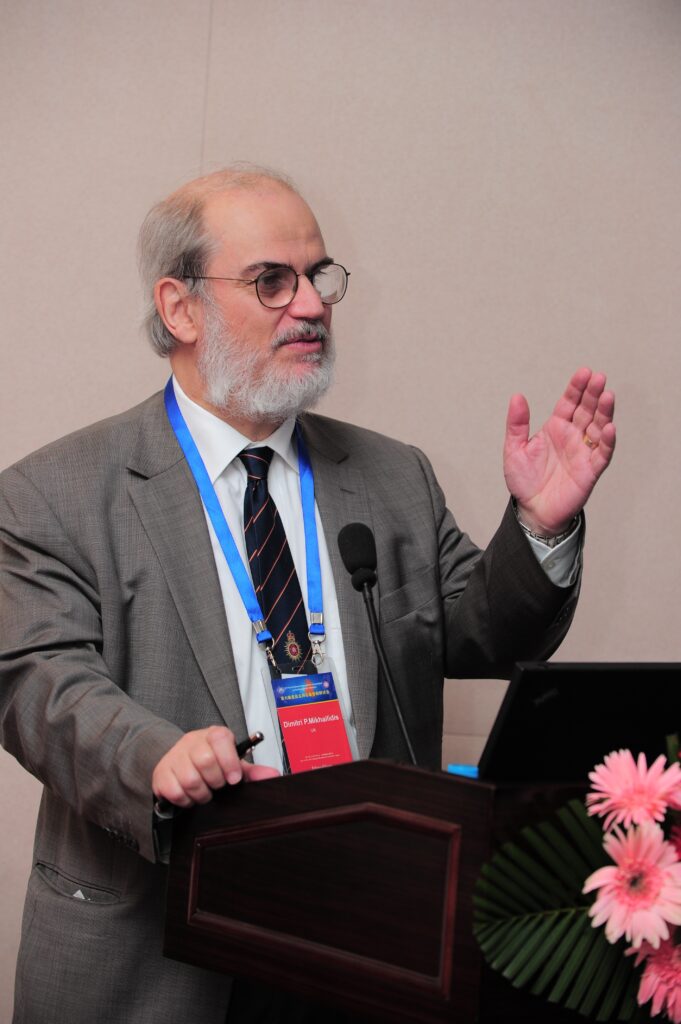 He also is a Visiting Professor, Univ. of Belgrade, Serbia, and at two universities in Saudi Arabia (King Saud Univ., Riyadh, King Khalid Univ., Abha) and Adjunct Professor of Medicine, Mohammed Ben Rashid University (MBRU) (2019 -). His clinical interest is vascular disease prevention, and his research interests are dyslipidaemias and thrombosis. He is a former Wellcome Trust fellow and has supervised 15 doctoral students.

Under Mikhailidis D, he has 1,323 entries on PubMed and under Mikhailidis D*, 33,959 citations listed in the Clarivate Web of Science index, Core Collection (H-index = 82). He has been cited by 20,102 publications where he is not an author. He is editor-in-chief of several journals including Current Medical Research and Opinion, Current Vascular Pharmacology, Expert Opinion on Pharmacotherapy and Angiology. He has acted as a reviewer for more than 100 medical journals. He is ranked as number 2 in the world in the field of lipid lowering drugs (http://expertscape.com/ex/hypolipidemic+agents). He is listed among the top 1% most cited authors in Pharmacology and Toxicology on the Clarivate Web of Science (2018) and across all fields (2019). He has lectured in 52 countries.

He participated in several guideline and international evaluation committees. He is a former member of the nucleus group for peripheral arterial disease, European Society of Cardiology and was the lead for the Prevention Section of the European Society of Vascular Surgery Guidelines for the Management of Carotid Artery Disease, 2010.